June 2007 – A redesigned mooring was successfully deployed at the PAP site from the vessel Celtic Explorer (CE0716). The graphs below show the real-time data received.

It has just been reported that the adrift part of the PAP observatory, with all sensors down to 1000m, had been successfully recovered by the research ship Pelagia. Many thanks to the science team and deck crew for their efforts. The recovered parts will be examined to determine the cause of the failure.

The mooring has moved off station and appears to be drifting at about 1km/hr. The sensor package at 30m is still attached to the surface mooring.

The inductive data link connecting the sensors to the satelite transmission system has been deteriorating for some days and data is now only being received sporadically. 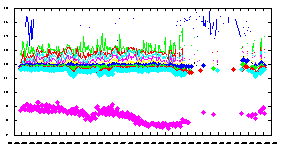 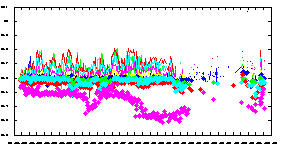 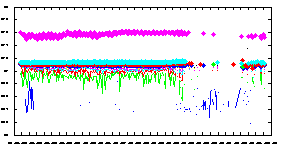 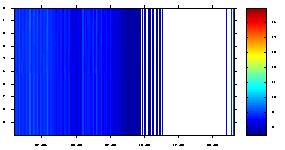 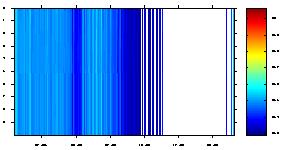 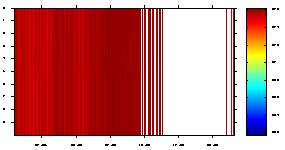 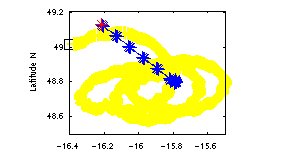 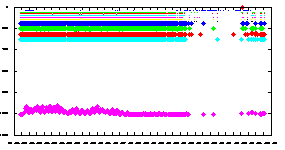