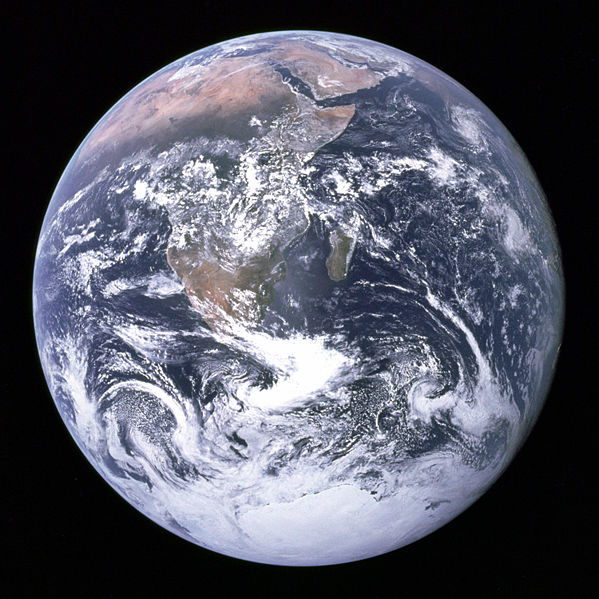 Earth photographed in 1972 by the crew of the Apollo 17 mission. It is sometimes known as the Blue Marble photograph.

It is a remarkable fact that life on Earth has persisted in an unbroken chain for at least 2 or 3 billion years out of the 4.5 billion years of Earth's existence. It appears that the environmental conditions on Earth have never, not even once during this immense interval of time, become so unfavourable as to wipe out every trace of life. Given that all life requires liquid water and hence temperatures between 0° and 100°C (or thereabouts, depending on pressure, salinity, etc), this raises the interesting question as to how the planetary environment has been maintained in a habitable state for so long. Why is it that neither temperature nor any other critical environmental variable has ever in this time deviated so far from the biological comfort zone as to render the whole planet infertile?

Luck may have played a large role (c.f. the Anthropic Principle), as may have the incredible ability of evolution to adapt organisms to fit their environments. Some tenacious microbes may conceivably have persisted in out-of-the-way niches during environmental collapses, only to emerge and repopulate the rest of the planet afterwards. This would help explain the ubiquity of DNA amongst all living organisms, as well as the similarity between living and ancient fossil stromatolites.
Have stabilising feedbacks helped keep the Earth's environment in balance?

However, another possibility is that stabilising feedback processes intrinsic to the Earth System have helped to keep the planet's environment under control, and have opposed potentially fatal swings in environmental conditions. 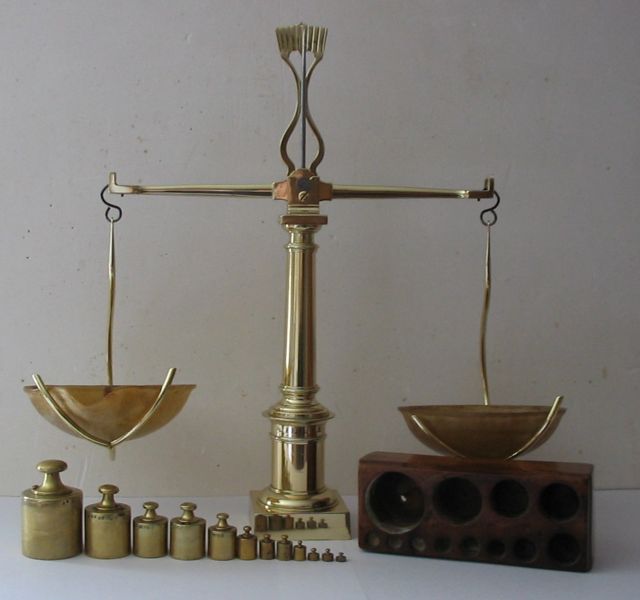 Have stabilising feedbacks helped keep the Earth's environment in balance?

Negative Feedback Mechanisms in the Models

The properties that these negative feedbacks endow on Earth System behaviour, and the degree to which they impart stability to the Earth environment can be analysed with the different models in several ways:

A) Phytoplankton growth and ocean phosphate

Using the JModels to Test their Effects on Stability

The properties that these negative feedbacks endow on Earth System behaviour, and the degree to which they impart stability to the Earth environment can be analysed with the different models in several ways:
(1) Random initial conditions
(2) Comet simulations
(3) Fossil fuel emissions of CO2
(4) River inputs that change over time

Positive as well as Negative Feedbacks

A note of caution: the models in this website focus only on negative, stabilising, feedbacks whereas we know that there are also many positive, destabilising feedbacks in the Earth System. The Earth System as a whole is less robust and more fragile than the impression given here. Possible positive feedbacks include, for instance, the postulated Clathrate Gun Hypothesis. A known positive feedback is the ice-albedo feedback whereby melting of snow and ice reveals dark ground or water underneath which absorbs more of the Sun's rays leading to yet further warming and ice melting. At the present time, this process is contributing to the rapid melting of Arctic sea-ice. The behaviour of the Earth System and the history of Earth climate emerges from both the negative and positive feedbacks. Although the focus here is on processes that aid stability, you should note that the Earth System also contains many processes that promote instability.

Taken altogether, these models give some insights into some different ways in which the Earth's environment may have been automatically, unconsciously, kept in balance. They may have contributed in part to the persistence of life on Earth over the last few billion years.

Figure 1: Ideal feedback model. The feedback is negative if B < 0, positive if B > 0