CLASS capitalises on current and past National Capability and strategic programme outcomes to address four key knowledge gaps related to ocean variability, biodiversity and resultant functional capacity of the Atlantic

The Atlantic ocean, including its adjacent seas and shelves, is hugely important for citizens of Northern Europe, including the UK. The Atlantic Meridional Overturning Circulation (AMOC) transports heat northwards, and keeps north-west Europe 3ºC warmer than comparable latitudes on the western margin of the Atlantic. It also enables the North Atlantic to play an inordinately greater role in the global carbon cycle than would be expected for its size. The AMOC's northwards supply of nutrients sustains high levels of biological productivity in the subpolar gyre leading to a strong biological uptake of carbon, while the overturning’s associated heat loss facilitates intense solubility-driven uptake of both natural and anthropogenic carbon (Canth) and their transport to depth. The Atlantic supports diverse biological communities in the water column and at the seafloor which constitute biodiversity reservoirs, act to store carbon in the oceans, and underpin the marine food web; in essence the ocean’s natural capital.

We now have abundant evidence that many features of the Atlantic Ocean and marginal seas are changing, including the strength of the ocean circulation, temperature and salinity distributions, ocean heat content, air-sea CO2 fluxes, primary production and nutrient fields.The reasons for these changes are complex and include natural variability and changes from anthropogenic forcing.

While global climate predictions can be made with some confidence, climate trends at regional and seasonal-to-decadal scales can be masked by variability, within and between ocean basins. The natural variability in both circulation and biological properties are so large that distinguishing climate change driven trends may require 30 years or more of data.  So quantifying these regional trends is a first step in understanding regional climate change and thus regional climate impacts. Understanding the consequences of climate change for ocean services is an outstanding and urgent problem for the 21st Century.

1. The current state of the hydrological cycle and how changes in ocean salinity may impact it into the future

The figure shows the salinity of the surface of the ocean 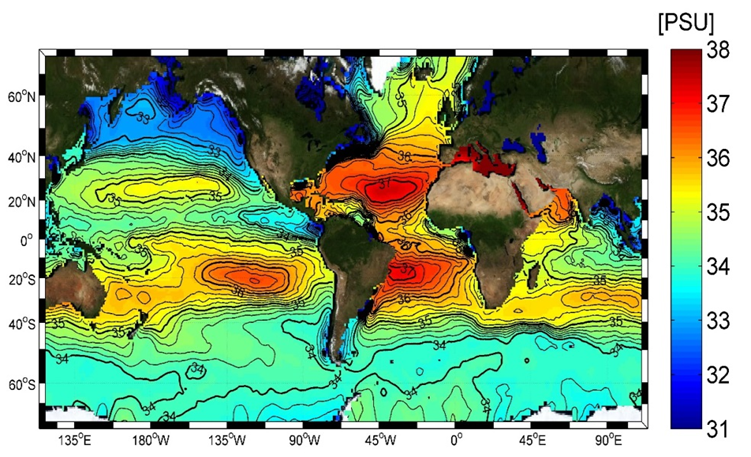 2. How physical and biological uptake, transfer and storage of carbon in the deep ocean interact to determine the North Atlantic CO2 sink, and how this will change in the future 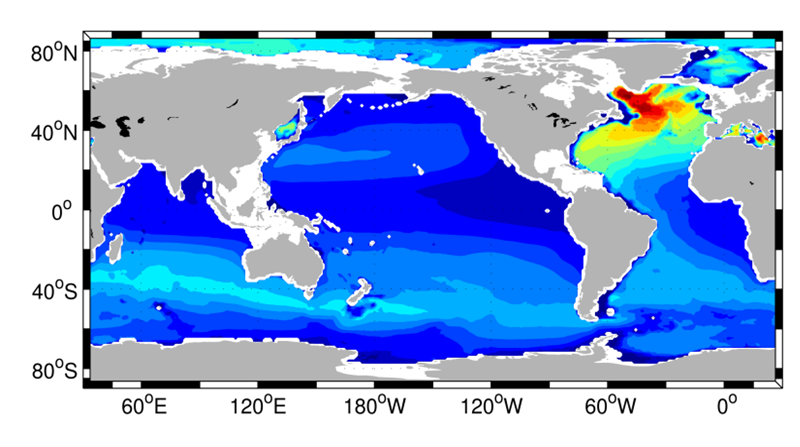 3. How natural and anthropogenic drivers of basin and decadal changes are altering the Atlantic ecosystem, and the consequences for ecosystem functioning and services

The figure shows the change in location of zooplankton species over time, likely as a response to a warming ocean

4. How the structure, diversity and productivity of seafloor biological communities are changing in response to abrupt or episodic disturbance events compared to long-term change 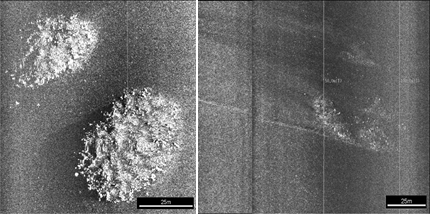