The trials of science

RRS Discovery cruise 152 has just completed and is inbound to NOC, arriving Saturday 23 July. Although a Marine Autonomous Robotic Systems (MARS) and National Marine Equipment Pool trials cruise, it has done an excellent job in facilitating CLASS project science. The new Autosub5 vehicle undertook a mixture of 30 engineering and science-led missions covering a distance of 274 km and diving to a maximum depth of 4198 m. For CLASS, Autosub5 repeated seafloor acoustic and visual mapping in the Greater Haig Fras Marine Conservation Zone (GHFMCZ), previously undertaken by Autosub6000 in 2012, 2015 and 2018. This new AUV then collected some 50 km of high quality swath bathymetry and sidescan sonar data from an area in the depths of the Whittard Channel. While in these abyssal depths, the ship also deployed the MARS Deepglider, and the newly developed deep-sea time-lapse camera system “Bathysnap IV”, that we hope to use at the CLASS Porcupine Abyssal Plain Sustained Observatory (PAP-SO) site from next year.

In addition, Autosub Long Range (ALR), carrying the University of Southampton seafloor imaging system BioCam, carried out additional missions in the GHFMCZ and in the South West Deeps (East) Marine Conservation Zone (SWDEMCZ), that should enable a valuable CLASS collaboration in seafloor and habitat mapping. Of particular note, the ALR operations in the SWDEMCZ were carried out in ‘over the horizon’ mode, with the AUV being controlled from the ship 150 km away. We expect this type of operation to become a major feature of our science in the future. In the meantime, a full CLASS science team are preparing for RRS James Cook cruise 237, scheduled to depart NOC on 6 August, to carry out an intensive study of the Whittard Canyon system. That cruise will hopefully recover the Deepglider and Bathysnap deployed by DY152 and will put Autosub5 to work in both the Whittard region and at the PAP-SO site. In addition, JC237 will be deploying the NOC ROV Isis, so stay tuned for exciting images of the marine life of the canyons and the abyssal plain beyond. 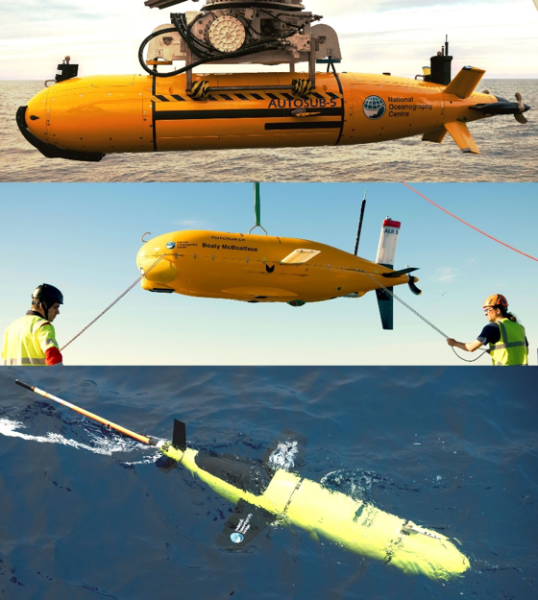