Impact of land use change on marine environments

Impact of land use change on marine environments

Belize is an important biodiversity hotspot, being the most forested country in central America and containing the second longest coral reef in the world along its coast. Belizean Coastal ecosystems (mangroves, seagrass beds, rainforests, corals) are integral to the Belize economy as they support biodiversity, fish communities, tourism, and offer some resilience against coastal flooding from hurricanes and sea-level rise. However, mainland Belize has one of the highest rates of deforestation in the Caribbean, with land being converted to agricultural use for sugar cane, bananas and oil palms. Elsewhere in the world such perturbations in land-use have significantly impacted coastal water quality through increased turbidity, sediment levels, and nutrient concentrations, thus it is possible that similar changes in coastal water quality may occur in Belize with associated impacts on the marine-based economies and services that Belize relies upon.

In order to address these potential impacts it is important to develop systems that document baseline environmental status and introduce effective monitoring and preservation techniques. Successfully introducing such systems will allow the sustainable use of these areas to continue and their dependent economies to develop further. In recognition of these factors Belize introduced the Coastal Zone Management Act two decades ago, with the Integrated Coastal Zone Management Plan facilitating cross-sectional decision–making and technical coordination. This project aims to support the Belize Coastal Zone Management Authority and Institute (CZMAI; the principal agency responsible for the development and execution of this plan) by: 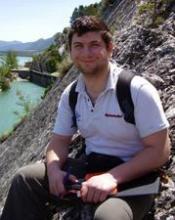