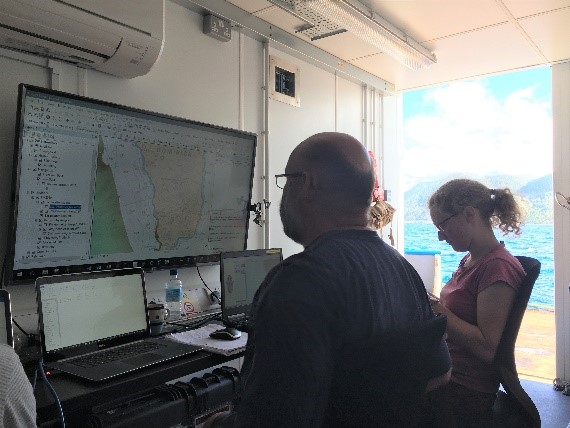 The Operations Container is a 20’ ISO container that has been converted into an insulated, air-conditioned control centre for the USV.  It provides a location where scientists can work and analyse data. It can be powered either from shore power or from its own diesel generator, and it houses the communications equipment required for communication with the USV. Guarding can be installed on the roof of the container to provide a raised viewing platform, and an extending communication mast increases the operational range of the USV.The container can be installed in the deck of a suitable vessel, as seen in the picture on the right.  The Operations Container can easily support 4 scientists and has a video wall, networking and bulk data storage capability.

It is possible to transport the USV in this container instead of the Workshop container . 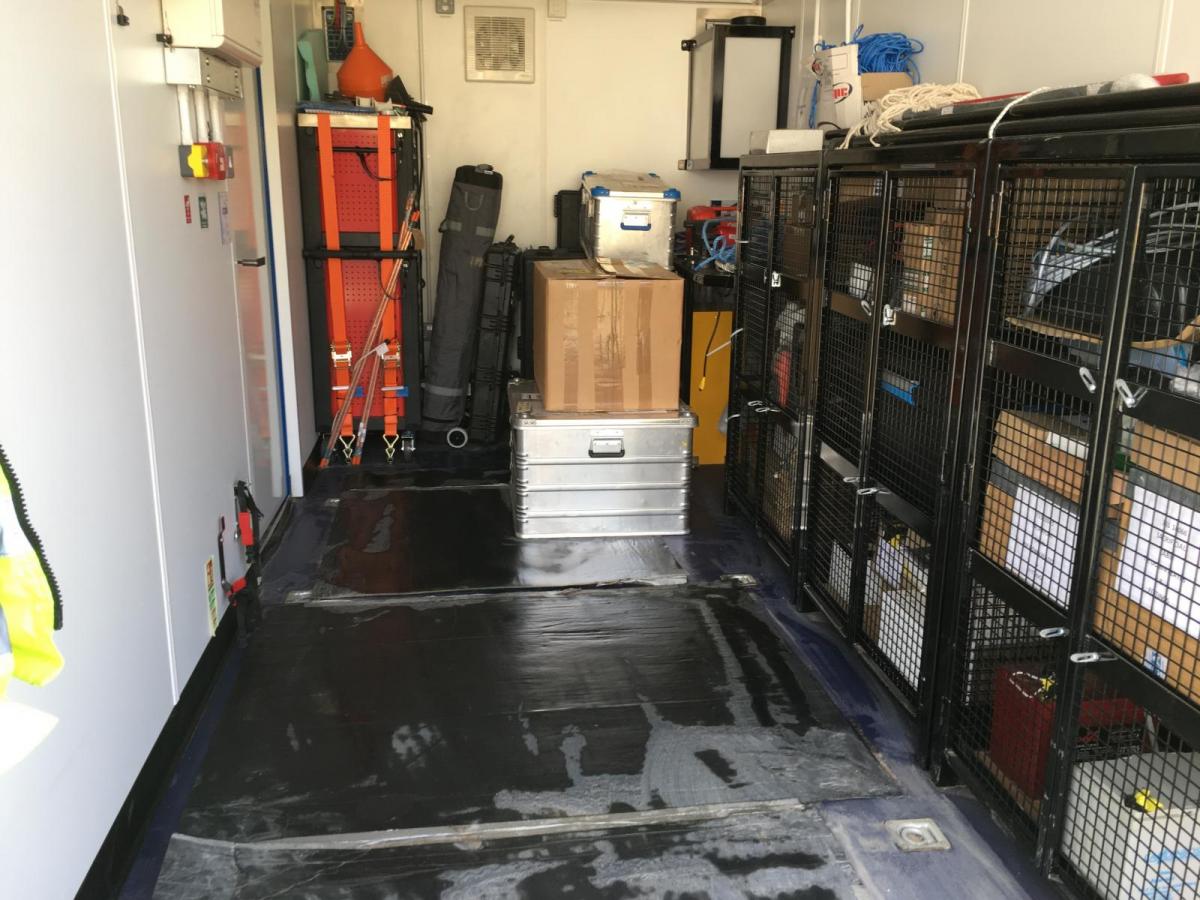 The Workshop contains a workbench, tools, storage for various items such as sensors, life jackets and spares. It is generally used for maintenance and repair activities. The USV is transport to site in this container. It may be powered either from a single phase, 50Hz, 240V supply (32A socket) or from its own diesel generator. Power may be taken from, or supplied to, the Operations Container.

Ramps and an electric winch facilitate loading and unloading of the CW4.

C-Worker 4 autonomous surface vessel can be operated either in fully autonomous mode, when she follows a pre-programmed mission profile, or as a remotely operated vessel where she is controlled either from the Operations Container, shown above, or from a support vessel. The support vessel requires a small cabin (as shown in the photograph). Electrical power is desirable but not essential as the communications equipment can operate from battery power. The customisable payloads, described below, can be exchanged, on shore, in about 2 hours. The USV can be launched and recovered from a beach, slipway or crane. 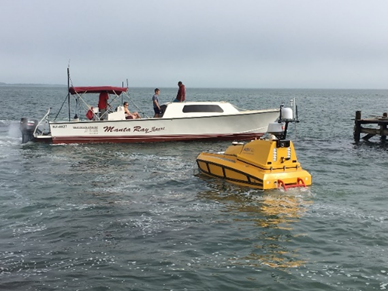 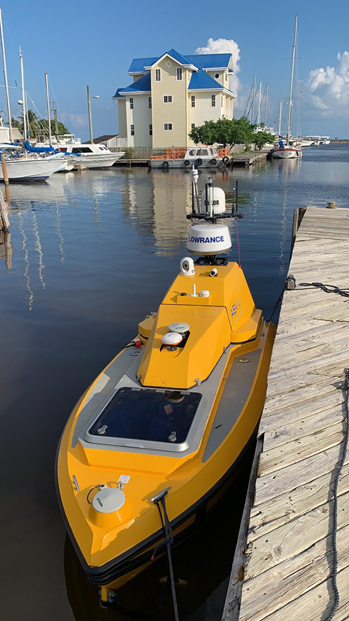 The CW4 has three payloads, designated hydrographic, geophysical and oceanographic.  Each payload is connected to a PC that is contained in the payload bay in the USV.  Only one payload can be connected at any one time.  The data that is being collected by the payload sensors can be viewed in real time at the control station.

The payload is remotely lowered through the hull of the USV after launch. Other sensors can be added to the payload, according to the needs of the deployment, subject to space and power requirements.

The vehicle’s payload computer and installed sensors are powered by a 240V 50Hz inverter. Sensors are mounted to a plate (hich is lowered from the hull of the vehicle when in operation, and housed inside the hull when not in use. The ability to raise and lower the payload prevents damage to sensors when moving the C-Worker 4 in and out of the water and in shallow water. When the vehicle is stationary, the sensors sit at 0.65 m depth and when in motion, the sensors sit at ~0.55 m. .