JC031 was one of a series of cruises involved in fulfilling the aims of the Oceans 2025 WP 1.3 (another was JC032). For this cruise, work was conducted onboard the research vessel RRS James Cook. The scientific party were from the following institutions: National Oceanography Centre, Southampton; University of East Anglia; Bangor University; University of Reading; University of Glasgow; University of São Paulo.

On 3 February 2009 the RRS James Cook sailed from Punta Arenas, Chile. The scientific party carried out a range of specialist tasks such as measuring dissolved oxygen and nutrient concentrations, chlorofluorocarbons, carbon, atmospheric analyses and also physical measurements of the ocean such as temperature, salinity and water velocity (sections).

The cruise ended on 3 March 2009 in Montevideo, Uruguay. 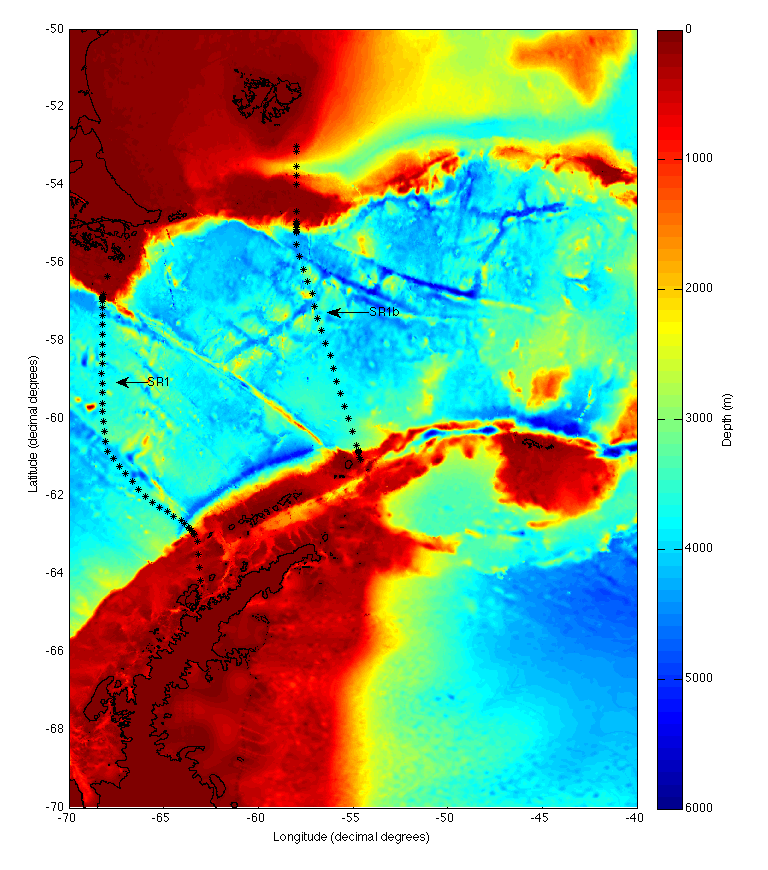 Bathymetry map of Drake Passage with the sections covered during JC031

Cruise data can be found at: CCHDO (CLIVAR & Carbon Hydrographic Data Office). [Cruise data from JC031 will be available at CCHDO soon.]