Data from the JCR are sent daily. The hourly messages contain one sample averaged over a 15 minute period. 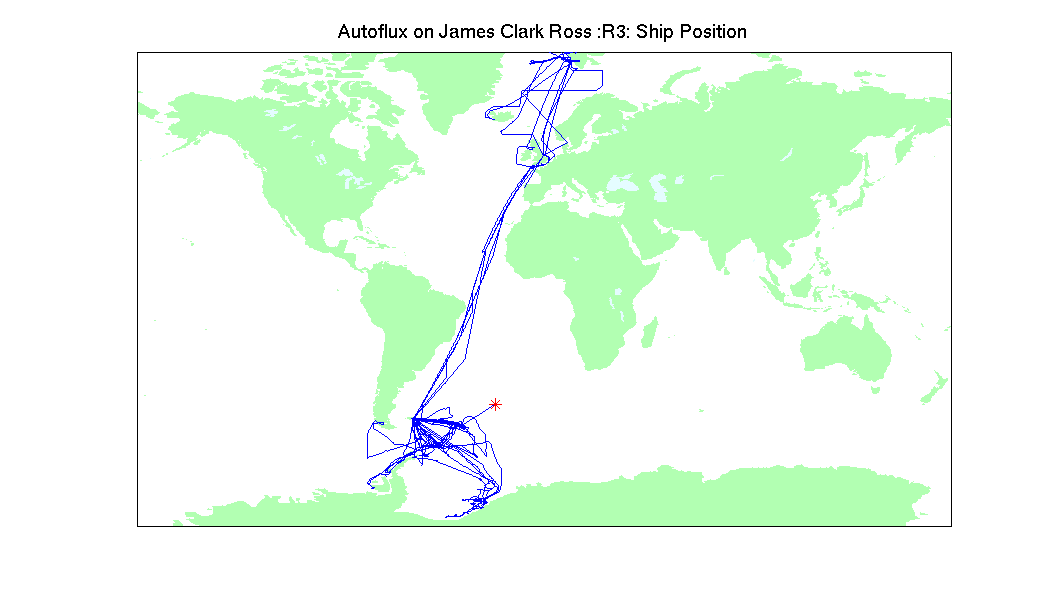 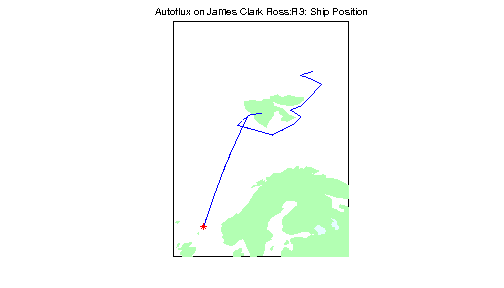 Ship Position From October to May the JCR carries out work in the Southern Ocean, then returns north to the UK for a yearly refit and one or two summer research cruises in the Arctic. Click on the small image to the left to see the full cruise track since May 2010. 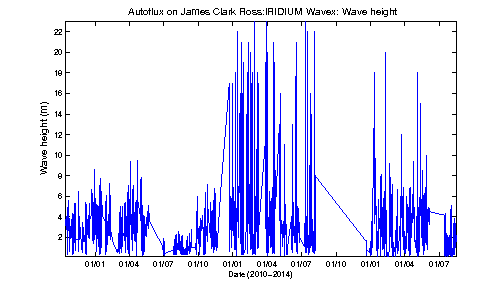 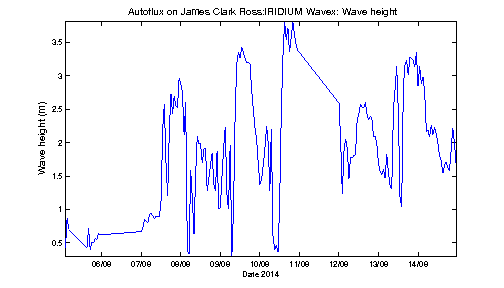 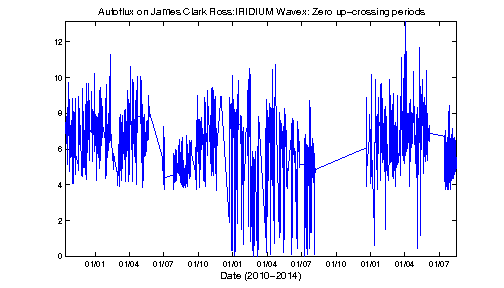 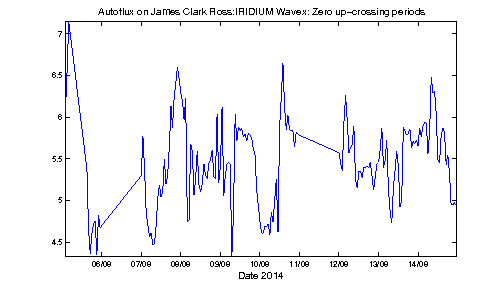 Zero-upcrossing-period (s) from the Wavex system. 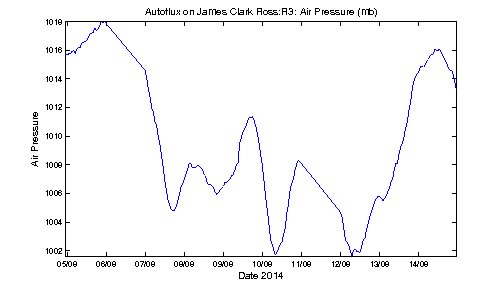 Air pressure (mb) Data from one of the ship's sensors. 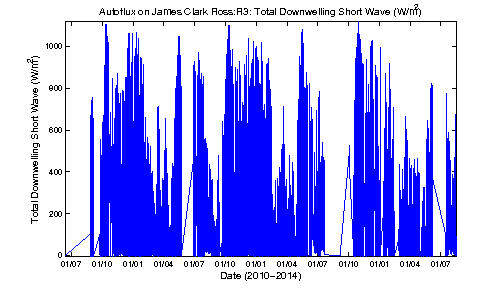 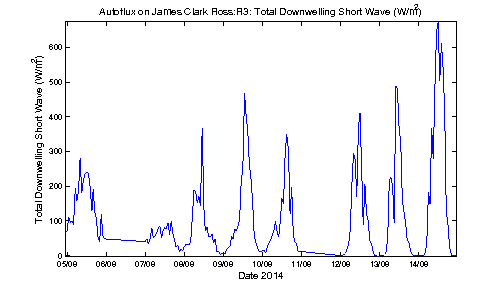 Heat Fluxes (W/m2) Bulk estimates of the sensible (blue) and latent (green) heat fluxes. Latent heat fluxes calculated via the dissipation method are shown for the two Licor sensors. The Licors are shrouded periodically - this results in a zero flux being measured. Spikes in the zero flux occur when Licor data are absent for some reason and a bulk value is calculated instead. The shrouded Licor is not working properly at the moment so instead of small ID fluxes being calculated, a default bulk estimate is being used.