In September 2004, an Inter-Agency Committee on Marine Science and Technology (IACMST) working group was set up to investigate the effects of underwater sound on marine life. One of the first actions of this group was the production of a progress report, Underwater Sound and Marine Life.

This report contained nine recommendations of the working group, one of which, Recommendation 9, called for ‘a UK forum be created at which a co-ordinated approach to underwater sound and its effects can be discussed across all sectors of industry, military, scientists, other sound producers, environmental Non-Government Organisations (NGO), regulators and ocean resource users’. Organisations and Government departments were invited to become members of this UK forum. In addition, a one-day conference, organised by IACMST and the Institute for Marine Engineering, Science & Technology, (IMarEST), was held in October 2006 at which the topic of anthropogenic noise and its impact on the marine environment was addressed. 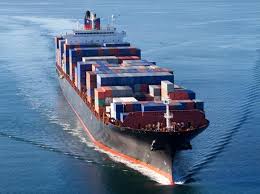 The IACMST was disbanded in 2008 and was replaced by the Marine Science Co-ordination Committee (MSCC), a steering committee consisting of government departments, the devolved administrations of Scotland, Northern Ireland and Wales, environment agencies and research bodies involved in funding and providing marine science in the UK. The MSCC aims to identify opportunities for improved collaboration and co-ordination of scientific knowledge, resources and communication in the UK to support policy decisions and to drive forward the implementation of the UK Marine Science Strategy. It is answerable to a Ministerial Science Group and ultimately to Ministers. It was agreed that responsibility for the Underwater Sound Forum would migrate from the IACMST to the MSCC on the devolvement of the former, and the Forum remains one of the MSCC’s Working Groups.

The Underwater Sound Forum occasionally assists with pertinent seminars and conferences. For example, a one-day conference on ‘Assessing and managing the potential impact of marine piling noise within the evolving regulatory framework’ was organised by the Forum in 2010 and was sponsored by The Crown Estate and IMarEST. More recently, the workshop 'Abatement of underwater noise pollution from pile-driving and explosions in UK waters' held in 2019 was supported by the USF where many members were in attendance and the USF Chair, Prof. Peter Liss, chaired the workshop. This workshop was sponsored by the UK Acoustics Network and co-organised by NPL and Cefas.