The Ocean takes up 93% of the additional heat in the climate system that results from greenhouse gas forcing. This warming and consequent expansion of the water results in global sea level rise. However, the strength of ocean warming and sea level rise varies regionally. Patterns of regional oceanic temperature change reflect not only the heat absorbed due to global warming (the added heat) but also the redistribution of ocean water masses by variability in circulation. Redistribution of heat by ocean circulation is the leading source of uncertainty in projections of future regional sea level rise by the end of this century.

The aim of TICTOC is to quantify recent changes in the uptake and redistribution of heat by the ocean using observations and models and the transient tracer-based approach, enabling improved projections of future climate and its regional impacts. The new approach will separate warming into an added temperature change (the direct response to increasing radiative forcing) and a redistributed change (largely due to circulation changes). The decomposition is analogous to the separation of oceanic carbon content into "anthropogenic" and "natural" changes. 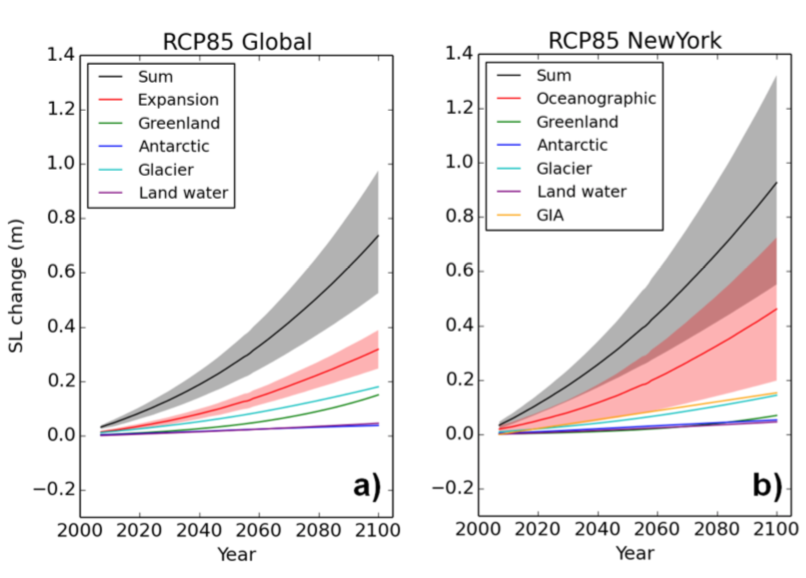 a) Projected global sea level rise over 21st Century for RCP8.5 scenario relative to a 1986–2005 baseline. b) Regional sea level projections for New York based on RCP8.5. Note this projection does not include the potential collapse of the West Antarctic Ice Sheet. (Source M. Palmer).

We will use a framework that has been developed in the climate modelling community, treating heat as a passive tracer. We will make a novel application of this framework to observations using the passive nature of transient tracers (CFCs and SF6) and carbon isotopes. The size, strength and evolution of the passive tracer (determined by our analysis of observations and forced ocean models) will be used to improve model projections of sea level change.

TICTOC will deliver observational constraints on the distinct processes by which heat is redistributed by the ocean, allowing for both quantification of recent warming and understanding of its drivers. New ship-based observations of transient tracers will be conducted in the Atlantic Ocean. Using the new and existing observations, thermodynamic and inverse theory, and current activities in CMIP6, we will provide a global view of the added and redistributed temperature change. We will analyse regional temperature and consequent thermosteric sea level changes and use our observational description of the recent past to constrain projections of future regional sea level change. 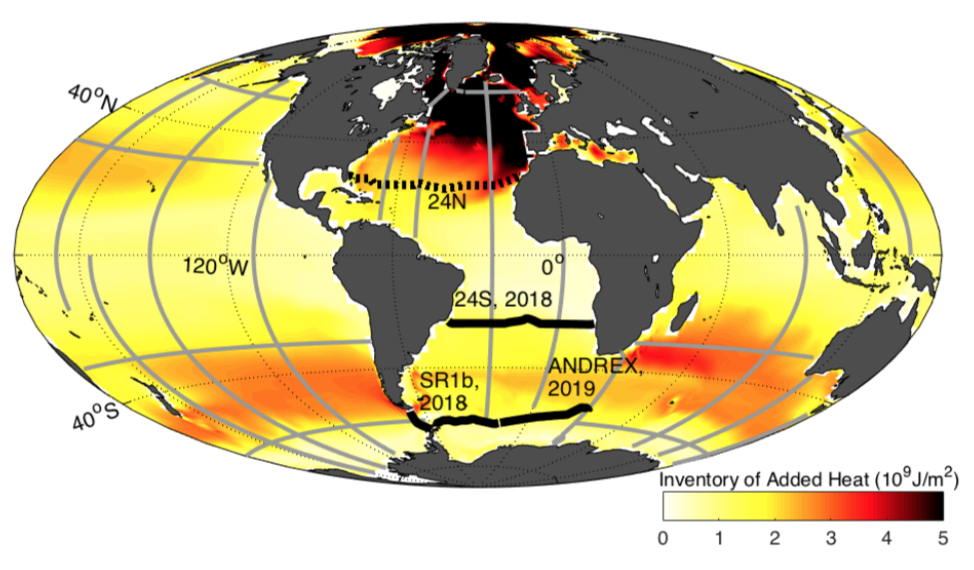 TICTOC will be delivered through four work packages.

WP1. Establishing the method to estimate “added” and “redistributed” temperature changes in the Atlantic and Southern Oceans

WP2. Global estimates of the patterns and evolution of “added” and “redistributed” temperature change

WP3. Relationship between added and redistributed temperature and physical processes, forcing and modes of climate variability