ESONET and EMSO have identified a set of regional sites of active observatory-related science in Europe (see map below).  Scientists at NOCS currently have significant levels of activity at the Arctic, Porcupine, and Azores sites with peripheral interests at other sites. Activity has recently escalated with the initiation of demonstration missions at several sites. 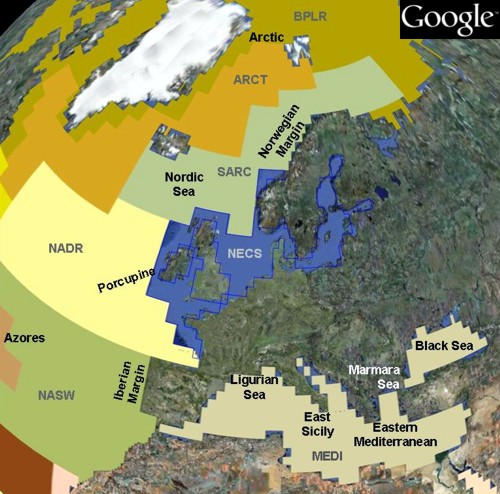