Not all relevant morphodynamic processes can be known at high spatial resolution across the entire UK coast, so we’re focusing on a number of different coastal systems:

The research at these sites will lead to the development of an integrated model for evaluating resilience and scoping management options. The model will be used to run scenarios for two high value sites; Minsmere and Camber Sands, where there is critical coastal energy infrastructure and sites of scientific special interest. 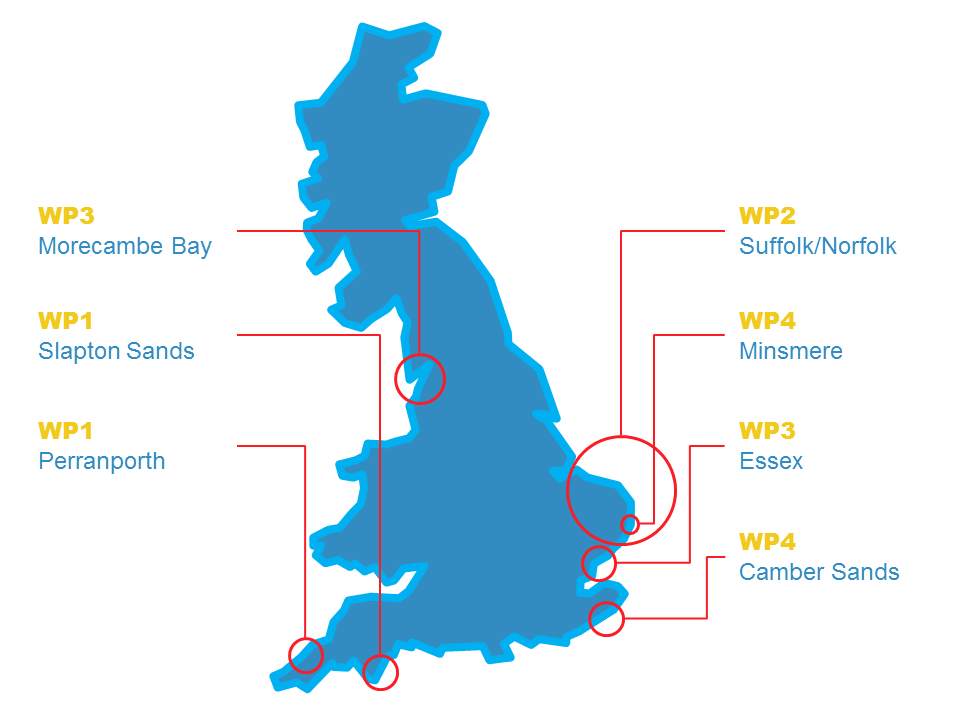 Camber sands is situated in the southeast of England at the southern shore of Dungeness foreland. Cartmel sands salt marsh is one of the Morecambe Bay marshes (northwest England). It is 3.2 km long and 1 km at its widest point and is bounded on its landward edge by a railway embankment, situated at the mouth of the Leven estuary. Start Bay is a 12-km long embayment comprised of four interconnected, reflective gravel barrier beaches located on the south coast of Devon, SW England. A subtidal ‘banner’ bank, called Skerries, extends across half of the embayment and plays a major role in affecting wave transformation processes. Marshland protected by a composite sand-gravel beach barrier system on the western margin of the southern North Sea, east England Tillingham is one of the Essex marshes (east England). It is ~11 km in length and up to 1 km wide forming an extensive euhaline open coast marsh.