The latest STEMM-CCS expedition to the Scanner Pockmark in the North Sea, aboard the RV Maria S. Merian, returned to Edinburgh on 25th October having had a short but successful cruise. Operating in the North Sea in October can be challenging due to the weather experienced at this time of the year – during the cruise this ranged from relatively calm waters to a two day period of force 7 to 9 winds! 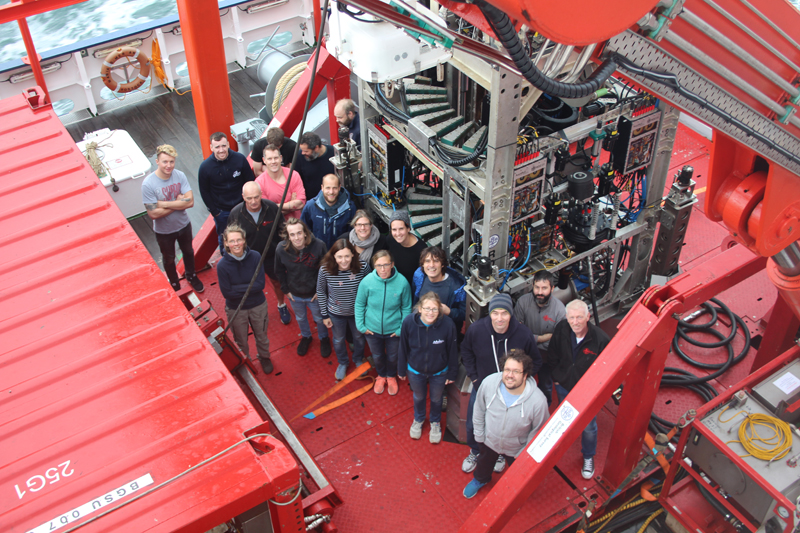 Operating the Rock Drill 2 (RD2) in winds of this strength is not possible or safe. However, prior to the strong winds, RD2 was successfully deployed several times and four cores were recovered, as well as downhole logging data. In addition to the RD2 cores, seven gravity cores were also obtained at both the Scanner Pockmark and a reference site. During the rougher weather, hydroacoustic surveys were carried out.  All the cores, logging data and hydroacoustic data will be analysed and processed back on shore to give insights into fluid flow in the sediments (see article in the Spring 2017 newsletter for further details) 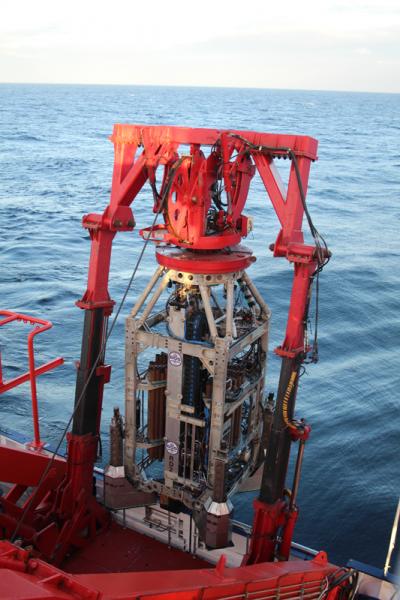