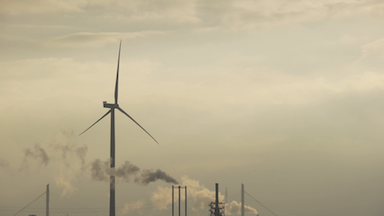 Climate change can be seen as one of the biggest environmental challenges for humans for the foreseeable future. Research into greenhouse gases is driven not just by only by scientific curiosity, but also by the practical need to understand their role in the global climate system and mitigate human impacts.

The presentations in this section discuss the issues and challenges around translating scientific understanding into practical policy action  Climate change can be seen as one of the biggest environmental challenges for humans for the foreseeable future. Research into greenhouse gases is driven not just by only by scientific curiosity, but also by the practical need to understand their role in the global climate system and mitigate human impacts.  Scientific research has to be translated into practical policy. Accurate GHG accounting, providing detailed information about sources and sinks of different economic activities, underpins national and regional strategies to reduce net GHG emissions. They are also a basis for international treaty negotiations, for example within the UN Framework Convention on Climate Change (UNFCC) and the regular assessments by the Intergovernmental Panel on Climate Change (IPCC).

Geoengineering, i.e. technological methods to affect the global climate, have been proposed to complement emissions reductions efforts. One presentation in this section looks critically at the different options.

Article 4 of the Paris Agreement highlights the importance of ‘the best available science’ in peaking, rapidly reducing and achieving a balance between anthropogenic emissions by sources and removals by sinks in the second half of this century, in order curb global warming. At the physical science policy interface related to climate change most of the work revolves around this high level but significant statement. This presentation outlines issues related to greenhouse gases that are becoming more and more important in the policy sphere. These include, but are not limited to, emissions metrics, methane, carbon budgets, carbon neutrality, and the 1.5°C and 2°C temperature limits. Intertwined with this, the author also tells you about how she got into working in the policy sphere and some key components of communicating science to policy makers.

What’s in an assessment? How the IPCC process contributes to climate science policy

The Intergovernmental Panel on Climate Change (IPCC) is the international body for assessing the science related to climate change. It provides policymakers with regular assessments of the scientific basis of climate change, its impacts and future risks, and options for adaptation and mitigation. IPCC assessments are written by hundreds of leading scientists who volunteer their time and expertise. This talk will give an overview of the IPCC process, including how the reports are scoped and scientists selected. It will also highlight the different roles for scientists wanting to contribute to this process. 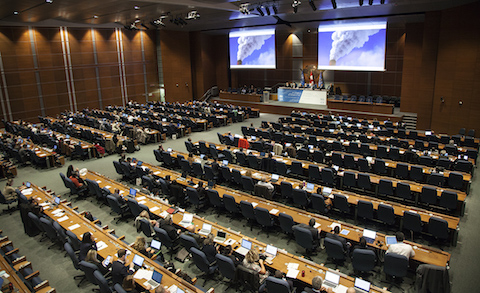 As a party to the UN Framework Convention on Climate Change and a signatory of the Kyoto Protocol the UK is required to report its greenhouse gas emissions on an annual basis. This is a large undertaking, involving a consortium of academics and consultants alongside a team within Government. This lecture gives an overview of the data and methods used in calculating greenhouse gas emissions at a national level and the techniques used to verify those emissions. In addition the lecture will consider how the act of accounting for greenhouse gas emissions has a political as well as a scientific focus, and the impacts that has on the process.

Some thoughts on the science-policy interchange

How can we provide the best scientific evidence to policy, considering that the policy landscape comprises a range of national and international political institutions as well as a wide variety of non-governmental players on different levels? This presentation discusses some key considerations for the provision of scientific evidence. Scientists are used to working with scientific uncertainty, but the issues are often hard to communicate. It is therefore useful to identify and address the right questions and provide simple, relevant answers. In this we should strive to be impartial and encompass a wide range of evidence. 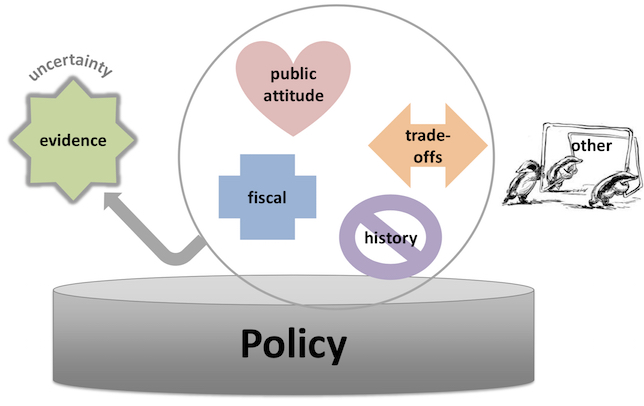 The developed and developing nations of the world agreed a target to limit global temperature rise due to GHG emissions to “well below” 2°C. Unless there are huge reductions in emissions over the next 20 years, it is very unlikely that this target will be achieved without the large-scale use of methods that actively remove CO2 from the atmosphere, sufficient to remove several gigatonnes of CO2 per year. Nearly all the IPCC scenarios which do not exceed 2°C require extensive Carbon Dioxide Removal (CDR) leading to net negative emissions by 2100.

Many techniques for CDR have been suggested. Front runners include biomass energy with carbon capture and storage (BECCS), in which biomass is grown for energy production and the resulting CO2 captured; biochar, i.e. biomass that is grown to be converted to charcoal which is added to soils; ocean fertilisation in which the ocean biological “pump” is enhanced by fertilising low-iron or low-nutrient regions with iron or macronutrients; afforestation; and direct air capture using chemical techniques to remove CO2 from the air. 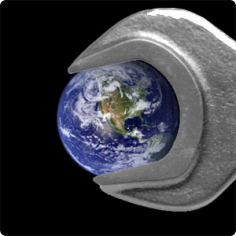