Enhanced testing of new sensors and platforms through a CLASS Fellowship 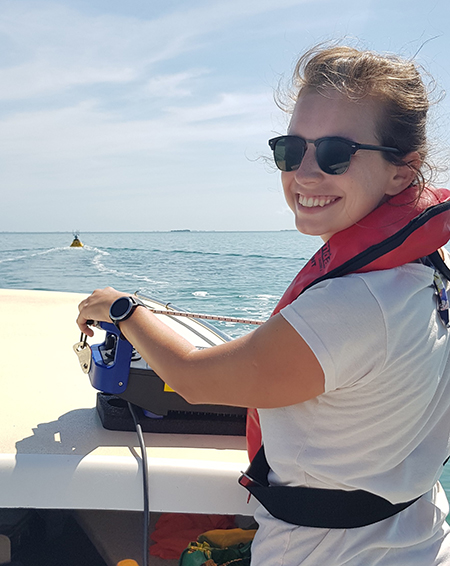 My name is Sarah Cryer, I’m a second year PhD student at the University of Southampton & National Oceanography Centre, and I was very grateful to be awarded a CLASS fellowship in 2019. I applied for the CLASS fellowship at the end of my first year in order to supplement work I was already undertaking in Belize as part of my PhD. While I had some budget for fieldwork in Belize, I wanted to conduct a more thorough sampling regime than initially planned and to extend my time in Belize for additional sensor deployment. 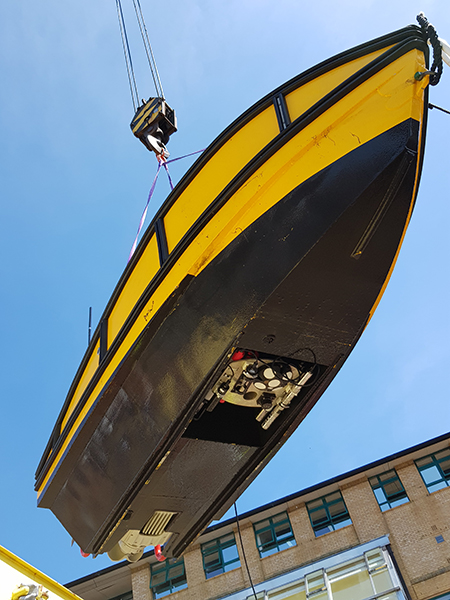 Belize’s extensive barrier reef, the significant ongoing land use changes in the country – and the resultant effects on the chemistry of river runoff – make its coastline the ideal location to investigate what role is played by tropical river in the context of coastal ocean acidification, and potential impacts on coral reef ecosystems. Rivers deliver nutrients and sediments to coastal seas and may also be a source of low pH water. This could impact coral’s ability to precipitate their aragonite (calcium carbonate) skeletons; as corals raise their internal pH making them sensitive to changes in ocean pH. It may be that coral reefs, particularly offshore of major river outflow, could be experiencing a greater degree of ocean acidification than predicted from open ocean models, due to additional sources of low pH water. To investigate this we used a combination of sensor deployments and discrete water samples. We deployed sensors stationary on the barrier reef as well as mounting on the autonomous vehicle C-worker 4. 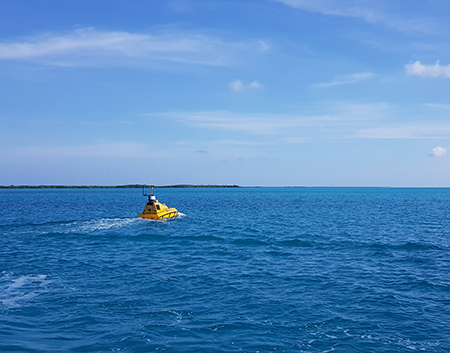 The C-Worker 4 was developed by L3Harris ASV as part of the Commonwealth Marine Economies Programme’s (CMEP) CAMEL (Containerised Autonomous Marine Environmental Laboratory) facility. We used the C-Worker 4 equipped with a range of biogeochemical sensors (RBR CTD, RBR ODO, Idranaut pH, Turner pCO2, Suna Nitrate, Wetlabs Triplet Puck, S::can Spectro::lyserTM and Nortek ADCP). To assess the capabilities of CAMEL we took a number of calibration samples for the sensors on board C-worker 4. The CLASS fellowship allowed me to significantly increase the number of samples I was able to take and conduct a more rigorous assessment of the C-worker 4. Currently I am working on the analysis of this data and this year I plan to submit a manuscript on the use of C-worker 4 for monitoring coastal ocean acidification in coming months. 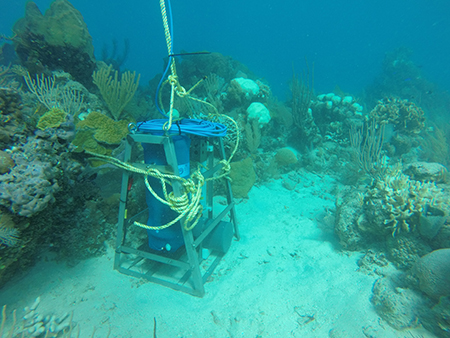 As part of CMEP, a stationary ocean acidification platform (OA Platform) was being deployed in Belize to monitor long term seawater pH and oxygen levels in the region. The CLASS fellowship gave me the opportunity to participate in a short term deployment of two of these OA platforms. These platforms hold a custom built pH sensor, a dissolved oxygen sensor and CT sensors. Working with Dr Socratis Loucaides, I am examining how changes in pH and oxygen levels vary between two locations across the Barrier reef, specifically the fore reef and back reef. The CLASS fellowship gave me the opportunity to both: gain hands on experience in the deployment of the OA platform; and collect validation samples for the pH sensor. As a result I now have a high quality, high resolution data set with which I plan to write a second manuscript focussing on the impact of seawater pH and oxygen level changes on the Belize coral reef and this data set will now form a significant portion of on my thesis chapters.