MerMEED investigates the processes responsible for the widespread dissipation of oceanic mesoscale eddies at western boundaries. The project combines focussed measurements of small-scale turbulence in four short research cruises, multi-year mooring and satellite observations, and multi-month glider surveys of mesoscale eddies impinging on the continental slope east of the Bahamas.

Our aim is to observe mesoscale eddies when they encounter topography at the western boundary of the Atlantic. These eddies arrive sporadically (spaced out by a few months) so we are using sea surface height observations from satellites to get a look at what eddies are there and make short timescale predictions about when they'll arrive at the Bahamas.

Below is an example of the near real-time satellite image from August 2016, a few months prior to our first field expedition. In the left panel, there are two red blobs indicating higher sea level that elsewhere. These are associated with clockwise-spinning eddies (anticyclones). The red blob to the right, further offshore, was the eddy that was sitting at the Bahamas during our first field expedition in November 2016. 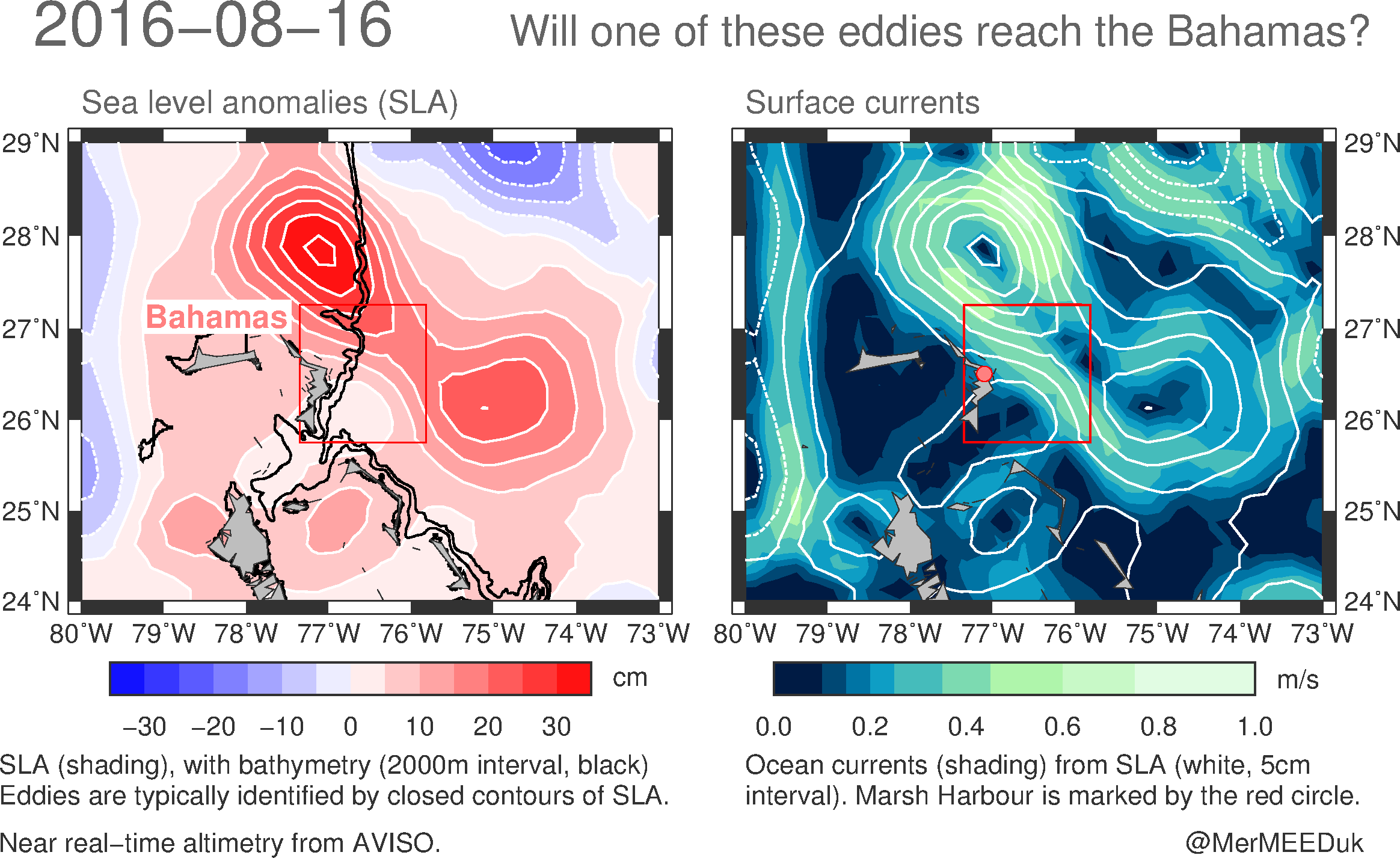 Fieldwork and in situ observations

There are three main observational data streams for MerMEED.

Together, these observations span the space- and timescales of mesoscale eddies down to 10-cm scale turbulent vortices in the water, to enable us to better understand the processes by which eddies lose their energy when they encounter topography.

#MerMEED is all about learning what happens to ocean eddies when they disappear at ocean western boundaries. We can see eddies by measuring sea level using satellites. Eddies either raise (🔴=Anticyclone) or lower (🔵=Cyclone) sea level and move westward as coherent vortices. pic.twitter.com/dGmh1vkLDX